“Dakota” died Friday morning, January 30, at the age of sixteen years and eight months. She died as she had lived, gently and with dignity. “Cody”, as she was familiarly known, had spent the night with Lennie and Jodi. She arose at 5:00AM as Lennie began his day, asked for a biscuit, as was her custom, and lay down for a quick nap before the day began in earnest. At some point, apparently in the next few minutes, she had a massive stroke and was unable to rise. Her embarrassment at the situation was compounded by her inability to control her bodily functions. Lennie knelt, reassured her and cleaned her off. Jodi telephoned, first the vet, and then Caroline who was home with our daughter, Linie, and her two children, the youngest of whom, Jack, is allergic to dogs. “Cody” was confused and scared, but, under the spell of Lennie’s comforting words and petting, she calmed down and relaxed. When the vet’s office opened at eight Jodi, Lennie and “Dakota” were at the door, along with Caroline who met them there. A quick diagnosis confirmed that, in fact, she had suffered a stroke and her vital signs indicated the likelihood of another imminently. The vet suggested that putting her to sleep would be the correct and humane decision. Caroline concurred. “Cody” sniffed Caroline, knew that she was in loving hands, and so further relaxed, her tail wagging softly. She died in keeping with her character, gently and lady-like.

“Dakota” had an idyllic life despite a harrowing first few weeks. She was born on June 1st, 1987 in New Hampshire and was acquired by Ian Paine, a fraternity brother of our son, Sydney. On the return to Hanover, after having picked up the new puppy, the car in which they were riding was involved in an accident. Ian, who was holding the puppy, was killed, and the young puppy was tossed through a window, damaging her left eye. However, she was brought back to live at their fraternity, Psi Upsilon. Social life at college was incompatible with her more sober and pacific nature; so during parties she would retreat to the quiet of upstairs. She would often be taken for a walk. At one point, during a snow storm, she dashed onto the road and had one of her paws damaged under the wheels of a passing car. By March of the following year the decision was made to have her leave the cloisters of college, her education now complete, and to come and live with us in Greenwich.

Life in Greenwich, where she would live for the next five years, was comfortable. She smoothly and swiftly fit into our lives. Two acres, enclosed by an invisible fence, was a good place to explore. An elderly Chocolate Lab of ours, “Bundle”, taught her rules governing dogs in our household. Long walks, complemented by a swim in the reservoir, generally satiated her wanderlust – though it is true that on rare occasions something beyond the fence would capture her attention, and, heedless of the shock she knew she would receive, she would dash through the invisible fence. Her curiosity satisfied, she would return to the driveway, but now, with her adrenalin low, she would be unwilling to accept the shock of re-crossing the fence.

In 1993, at the age of six “Dakota”, and we, moved to Old Lyme where she would spend the next ten and one-half years. This was Heaven-on-Earth for a dog who was half Lab and half Golden Retriever. There were nine acres, a marsh filled with special and unique smells, and the Duck River in which to swim. It was also in Old lyme that “Dakota” made her first and, in truth, only real dog friend, “Nijill”. At the time of the move to Old Lyme, Lennie and Jodi were living in a cottage on the property. Around 1995 they acquired a German Shepherd and Christened her “Nijill”. “Nijill” was large, as is typical of the breed; so she was scary to those unaccustomed to her, but she had a kind and calm nature. Additionally, she was well trained by Lennie who is sort of a pied-piper to the animal world. In a game of catch the two would race toward a thrown ball; “Dakota” was quicker, but the injured eye hindered her vision, and the view of “Nijill” charging toward the tossed ball provided her a sense that “…discretion was the better part of valor…”, and “Cody” would move discretely to the side as “Nijill” charged the ball, and then roll onto her back in a position of submission. Shortly before “Nijill’s” death, Lennie acquired “Jake” and then, even later, “Brock”. While these male German Shepherds treated “Cody” with respect and provided protection, they never became the real friend that “Nijill” had been.

When considering adjectives to describe “Dakota”, words such as ‘loving’, ‘loyal’, ‘caring’ ‘sensitive’ come to one’s mind. And those words do describe her, particularly in relation to the humans whom she knew and who cared for her. (Any person coming in contact with this dog could not help but care for her.) But she was also curious and adventurous. Many times she would return to the house, a not very pleasant odor emanating from her damp and ruffled coat, following a romp in the marsh or a chase in the small wood on an adjoining property. Dead fish, skunks and other ‘unthinkables’ were usually the source of this unpleasantness. She loved taking walks, and was good on a leash. The highlight of an afternoon excursion would be a swim and retrieving tennis balls or sticks in the Back River at the boat landing at the foot of Smith Neck Road. She loved the seasons. In the heat of the summer she would crawl into a cool space she had dug out under some dumpling hedges. In the winter she would race out into the cold and the snow, and roll around, heedless of the frigid weather. She traveled. For several years she spent the month of August with us in Rumson, New Jersey where we rented a house on the Navesink River. She loved visiting Deerfield, MA. where our son, Edward, was at school. Lennie and Jodi often took her on their periodic trips to New Hampshire. Once she visited New York City, but quickly came to the conclusion that she was a country girl. She was without question happiest in Old Lyme. The marshes and fields provided ample opportunities to explore, while the wildlife – rabbits, squirrels and deer – provided endless fascination. If there was one thing about Old Lyme with which she was not happy it was the fence around the pool. However, that was but a small impediment in her overall sense of contentment.

“Dakota” had a unique sense of timing. She was born the day before Edward’s birthday and she died the day before mine. She was a special dog. We miss her, and we will always remember her.
Posted by Thought of the Day at 10:30 AM No comments:

Thought of the Day

Life on the Marsh and Other Essays 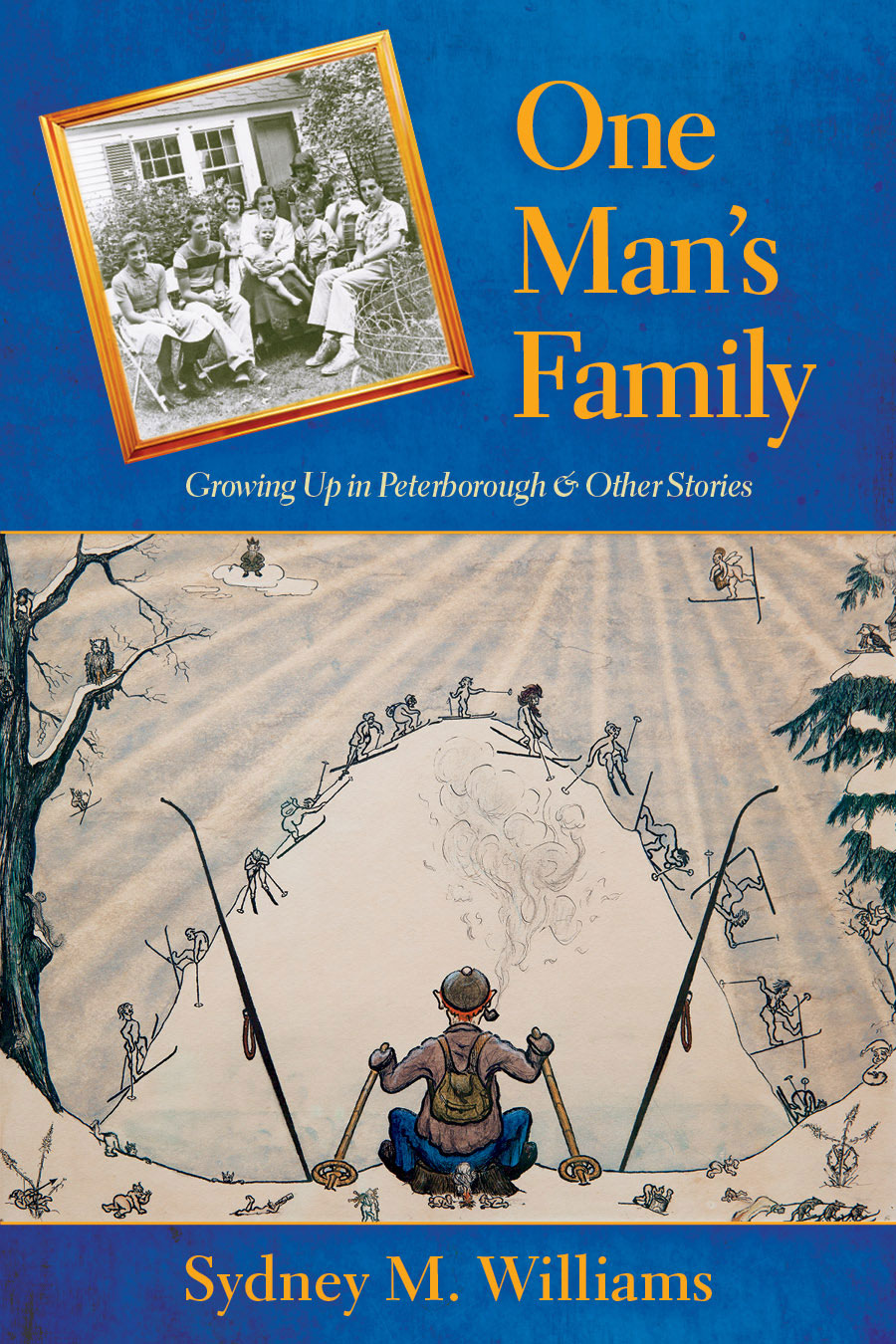 Growing up in Peterborough & Other Stories

Thought of the Day